A Constitutional Crisis in National Security 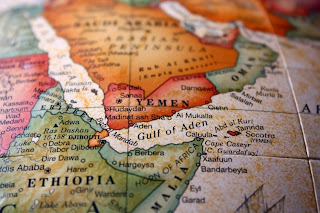 Don't miss Andy McCarthy's article at NRO today about the constitutional crisis we find ourselves in right now. Here is a condensed recap:

On courts demanding release of detainees:

The courts have no more right to tell the president to release an enemy combatant than a president has to tell a judge how to rule on the validity of a contract. The president’s war powers are more than adequately checked by Congress, which could close Gitmo and require the repatriation of all enemy combatants tomorrow if it were disposed to do so. The courts should have no say in the disposition of alien enemy combatants in wartime.

A judicial finding that there is insufficient evidence to hold a detainee as a combatant ...does nothing more than impose on the executive branch a duty to make good-faith efforts to deport the combatant in a manner that is consistent with American national security. That means finding a country willing to take the prisoner, and — here’s the important part — ensuring that such a country is a functioning, responsible state that can guarantee the detainee will not threaten the United States.

On the President's responsibility to protect the nation:

What is the administration thinking? As the intelligence debacle surrounding the Christmas Day attack shows, President Obama will be blamed for failures to take obvious steps to thwart terrorists. He has the constitutional obligation to protect the nation, and Congress is firmly in the grasp of his party. If he proposed sensible procedures for terrorists’ detention cases, he’d get nigh-unanimous Republican support — and Democrats would go along regardless of the Left’s grumbling. The Bush administration, through Attorney General Mukasey, tried to spur Congress to act, but Democrats turned a deaf ear. Politcally, Obama can get it done. Why doesn’t he?

On the Justice Department's failure to appeal bad judicial decisions:

These are cases involving jihadists trained to kill innocents. They are not the cases you compromise on: You take them all the way. If a district judge gives you a lunatic ruling, you appeal to the D.C. Circuit. If you lose there, you take it to the Supreme Court. Aside from having good-faith reasons to play out the string, this gives you months or years of time — time during which dangerous people stay detained while you have the opportunity to go to Congress and ask for help in the form of a legislative remedy to rein in the judges.

Why isn’t this being done? Americans are more than entitled to surmise that it is because there is a serious pro-detainee bias in this Justice Department.

Be sure to read the whole thing.

I don't think anyone would argue that terror attacks have stepped up in the past year. I heard the spin meisters on the Sunday shows yesterday saying things like, 'Well al Qaeda hasn't progressed very much if they're still focusing on conducting terror using airplanes.' I'm paraphrasing but that was the essence of it. Another said something to the effect that 'Boy we sure have al Qaeda on the run if they're resorting to sewing explosives into underwear; they're running out of ideas.'

It's a real stretch, to my mind, to find anything positive in the latest terror attacks, excepting the fact that it failed - that is certainly positive. Although, one could say that on one level it was a success because we certainly are terrorized now. We are afraid.

McCarthy is spot on when he attempts to hold the President and Congress responsible for protecting this nation. It's time they stepped up to that responsibility and setting terrorists free, or bringing them to U.S. soil, is not the way to go about it.

(Cross posted at And So it Goes in Shreveport)
Posted by Pat Austin Becker at 12:31 PM 1 comment:

The best of the blogs